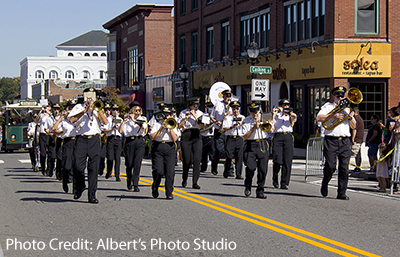 The Waltham Legion Band was formed in 1948, and was the first American Band to perform in the USSR.  It performs in over 20 parades every year.

The band is a community organization consisting of three entities, a Concert Band, a Marching Band and a Trolley Band.  The concert band plays a large range of wind band music, from marches to classical to show tunes.  The marching band and trolley band have a repertoire of patriotic marches.